Home / Eyewear A to Z / All About Eyewear 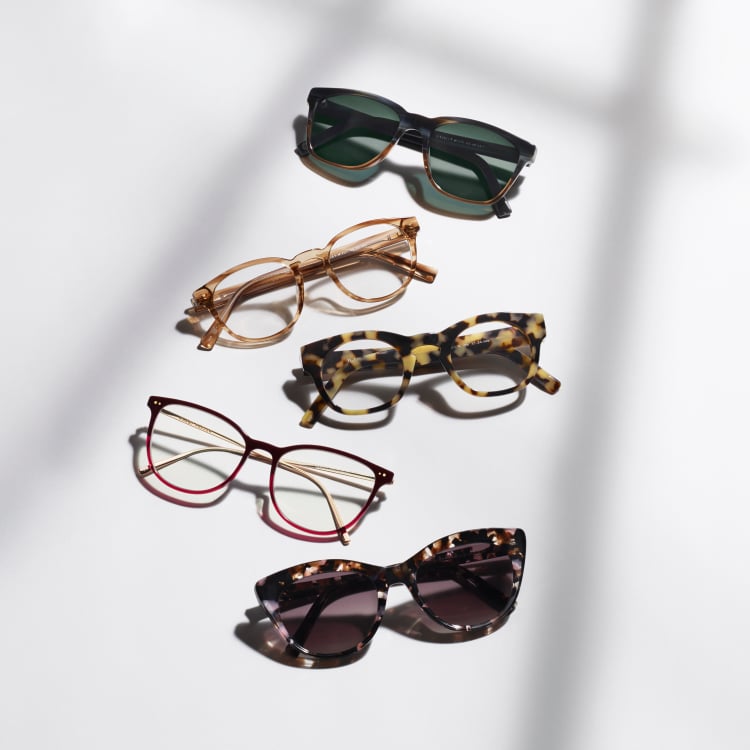 Photochromic Lenses: How Do They Work?

When photochromic lenses transform, it can look like a magic trick. One moment you’re wearing “regular” glasses with clear lenses… but as soon as the sun hits them, their lenses darken. Before you know it, you’ve switched to sunglasses without switching frames.

How does the magic trick work? This guide will explain the science behind glasses that turn into sunglasses, as well as their many benefits.

What Are Photochromic Lenses?

Photochromic lenses are lenses that stay transparent indoors, but darken when exposed to ultraviolet light from the sun. Essentially, they provide the benefits of glasses and sunglasses in a single frame.

The first photochromic lenses were patented in the 1960s and were made of glass. Plastic versions followed in the 1980s and ’90s, and are now the more popular choice among glasses wearers.

What Are Photochromatic Lenses?

Photochromatic lenses are the same thing as photochromic lenses: lenses that darken automatically in UV light. “Photochromatic” is simply a less common term for this type of glasses lens.

What Are Transition Lenses?

What Are Other Names for Photochromic Lenses?

Photochromic lenses go by many other names, including light-adaptive lenses, variable tint lenses, light intelligent lenses, and even “reactolights.” When we’re not using their scientific name, we prefer the term light-responsive lenses, because it neatly encapsulates exactly what these lenses do: they respond automatically to UV light.

If you can’t remember these terms, though, “lens that changes in the sun” usually gets the point across.

How Do Photochromic Lenses Work?

The light-sensitive molecules inside photochromic lenses shift their structure when they’re bathed in UV rays, allowing them to absorb more light and give the lenses a darkened appearance. Once the UV light goes away, the process reverses and the lenses become clear again.

These photochromic molecules are sensitive to both the presence and amount of UV light. They’ll change their structure more quickly when exposed to a lot of it, and more slowly if there’s only a little bit. That’s why you might notice your photochromic lenses darkening a bit less in the shade than out in the sun.

However, you don’t need to be standing directly in a sunbeam to get a dose of UV rays. UV light penetrates the clouds, and your photochromic lenses will still darken under overcast skies.

Want a closer look at how photochromic lenses work? Well, it’s a slightly different chemical reaction depending on the material of the lens.

How Do Plastic Photochromic Lenses Work?

Plastic photochromic lenses have carbon-based compounds within them that change their structure in the presence of UV light. These organic compounds are also known as photochromic dyes, and they have scary-long names like pyridobenzoxazines and indenonaphthopyrans.

You don’t need to know how to pronounce them—just know that they react to light more quickly than the chemical compounds in glass photochromic lenses. When the dyes are exposed to UV rays, a chemical bond inside them breaks, and the dye transforms into a different molecule that absorbs more visible light.

More light absorption equals darker lenses, and voila: your glasses are now sunglasses. When the UV light goes away, the dyes revert to their original form and the lenses clear up.

Plastic photochromic lenses are much more common than glass ones these days, and research is ongoing to see how they can be made even more advanced.

How Do Glass Photochromic Lenses Work?

Certain silver halides can also be used much the same way to make photographic film: exposure to light causes the image to darken and develop. However, unlike photos, glass photochromic lenses are able to revert back to their original clear appearance.

In the absence of ultraviolet light, a second compound (typically copper chloride) that’s also embedded within the glass takes the transferred electron back from the silver metal. The process reverses, and the lenses become transparent once more.

Glass photochromic lenses aren’t as prevalent in the eyewear world these days, but they paved the way for the light-responsive glasses of the future.

How Quickly Do Photochromic Lenses Work?

Photochromic lenses darken in 30–60 seconds on average when exposed to ultraviolet light. To clear, they take a bit longer: 2–3 minutes is normal.

Scientists are still working with the photochromic dyes to quicken the reactivity of the lenses. In the future, we could see faster and faster activation and clearing times.

How Does Temperature Affect Photochromic Lenses?

The rate at which photochromic lenses darken or clear up is impacted by temperature. When it’s colder, the lenses are apt to darken a bit more fully but take a longer time to clear up. When it’s warmer, they may not darken quite as much but will clear up more quickly, as the molecules within them are more reactive.

Do Photochromic Lenses Wear Out?

Our 5 Most Popular Frames for Photochromic Lenses

So, are photochromic lenses worth it? Are they good for your eyes? In our opinion, the short answer is yes, but we’ve compiled their advantages below to help you decide.

When you own photochromic glasses, you don’t need to buy separate frames for your prescription glasses and your sunglasses—you’ve got the best of both worlds in a single package.

This means you won’t have to carry sunglasses with you (and risk losing them or your other frames) on bright days. It also means that you won’t have to pay as much for the same perks, as photochromic lenses typically cost less than a pair of prescription sunglasses. In fact, you can get photochromic lenses in any of our frames for an additional $100.

Photochromic lenses filter more blue light from screens (and the sun) than lenses without photochromic properties. They can also reduce the effects of glare. (And, like all of our lenses, they come with scratch-resistant, anti-reflective, and superhydrophobic coatings.)

Photochromic lenses can be incorporated into the frames of your choice, leaving you with full styling freedom. They can also darken into colors other than grey for wearers who want a different tint. At Warby Parker, we carry dark grey, brown, and green photochromic lenses.

Because photochromic molecules are embedded within the lenses themselves, there’s no way to remove or rub them off. They’ll remain effective until their natural lifespan expires.

Depending on your needs, photochromic lenses might also have some drawbacks.

They Can Take Some Time to Activate

If you’re extremely impatient, then the gradual shifting of photochromic lenses may not be for you. Their sensitivity to temperature can also delay their transformations. Some people prefer the relatively instant swap to separate sunglasses, and we don’t begrudge them that!

Most modern car windshields have UV-blocking properties, so your photochromic lenses likely won’t darken all the way while you’re behind the wheel.

When Should You Wear Photochromic Lenses?

Photochromic lenses are perfect for activities during which your environment might change. So, if you’re planning to grab lunch indoors and then go for a long bike ride, or hit up a museum after a walk in the park, their versatility can come in handy.

They’re also great for situations in which your hands will be occupied, preventing you from finding and putting on a separate pair of sunglasses. If you’re into kayaking, cycling, running, paddle boarding, or any other sport that involves the continuous use of your hands, then photochromic lenses can be a big help.

Some people choose to wear photochromic lenses pretty much constantly. Their light-responsive nature means that they’ll adapt to your surroundings, ensuring that you always feel prepared for a suddenly sunny day.

What Type of Photochromic Glasses Is Best for You?

Photochromic lenses are available as add-ons to most types of glasses. Depending on your vision needs, you can get photochromic single-vision lenses, progressive lenses, and even reading glasses or non-prescription glasses. High-index lenses can be photochromic as well.

Yes! Acuvue has produced the first light-intelligent contact lenses: Acuvue Oasys with Transitions. Just like photochromic glasses lenses, these contacts darken automatically when exposed to UV and High Energy Visible (HEV) light. They go back to a clear state in about 90 seconds when removed from the light source.

Photochromic Lenses Respond to Light to Fit Your Lifestyle

For those who don’t want to carry multiple glasses frames around, photochromic lenses are a trendy and convenient two-in-one solution. Now that you know the science behind their magic, feel free to explain the trick to others—it works best when you have a pair of transforming lenses to show off!

Each pair includes prescription lenses with scratch-resistant, anti-reflective, and superhydrophobic treatments—and they block 100% of UVA and UVB rays. 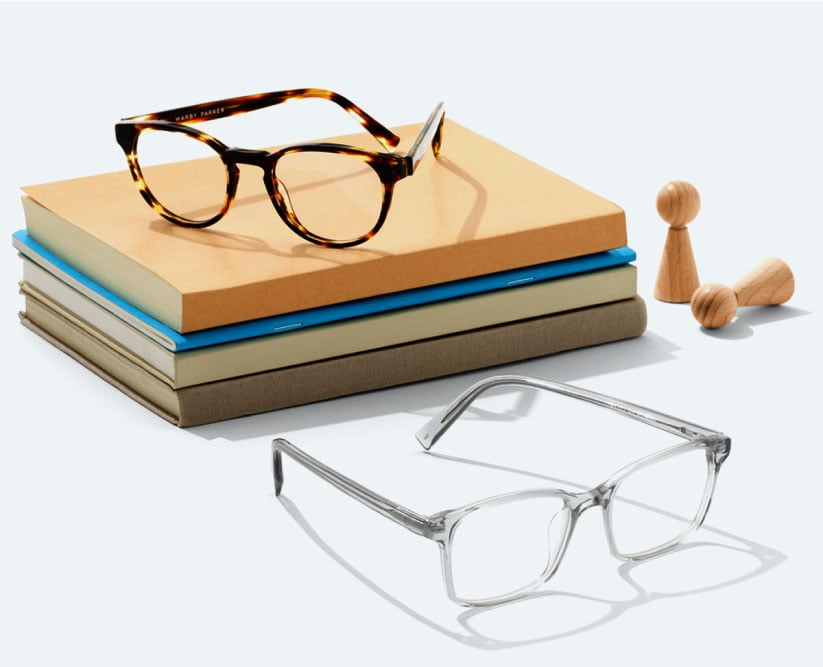 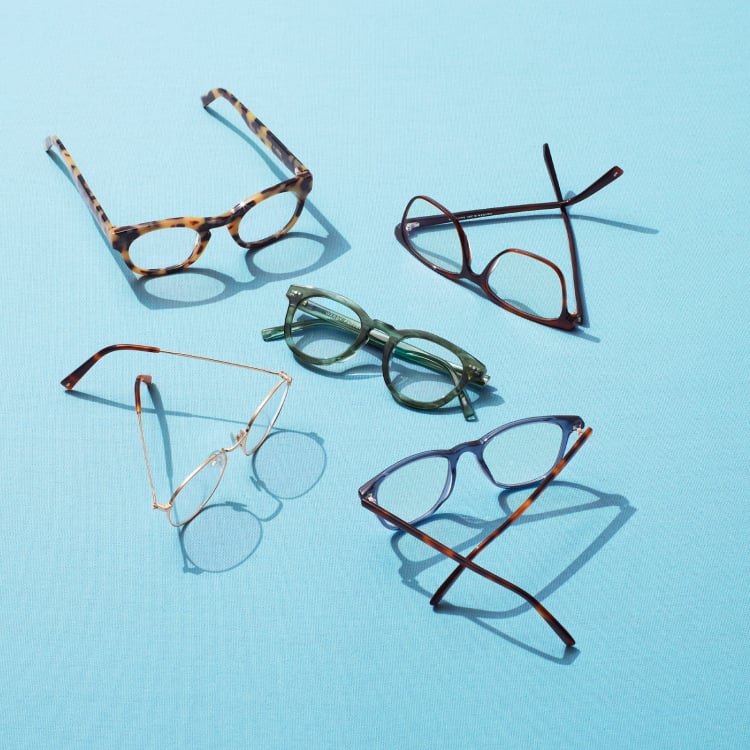 Different Types of Lenses for Glasses: Which Is the Best Lens for You? 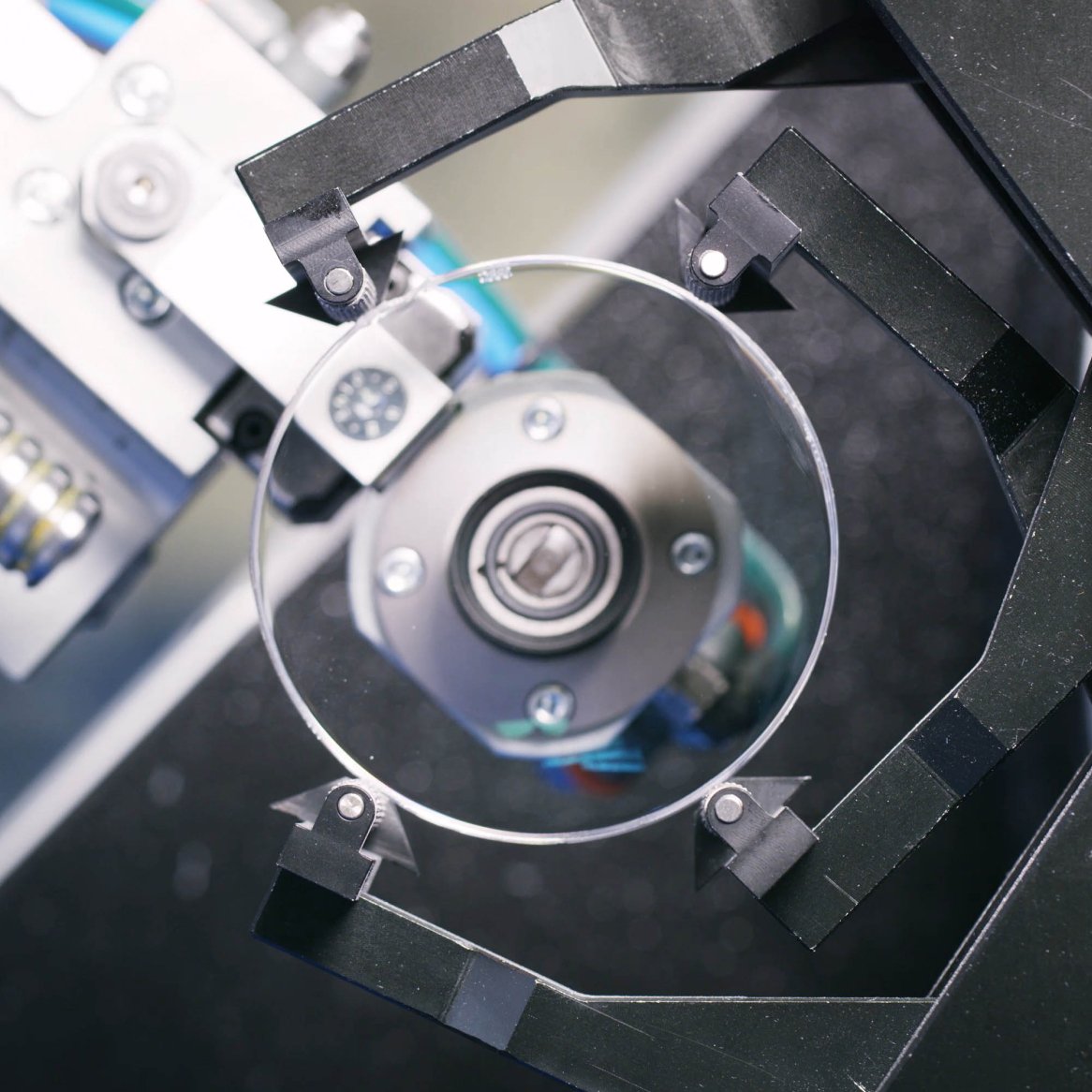 What Is a Polycarbonate Lens? 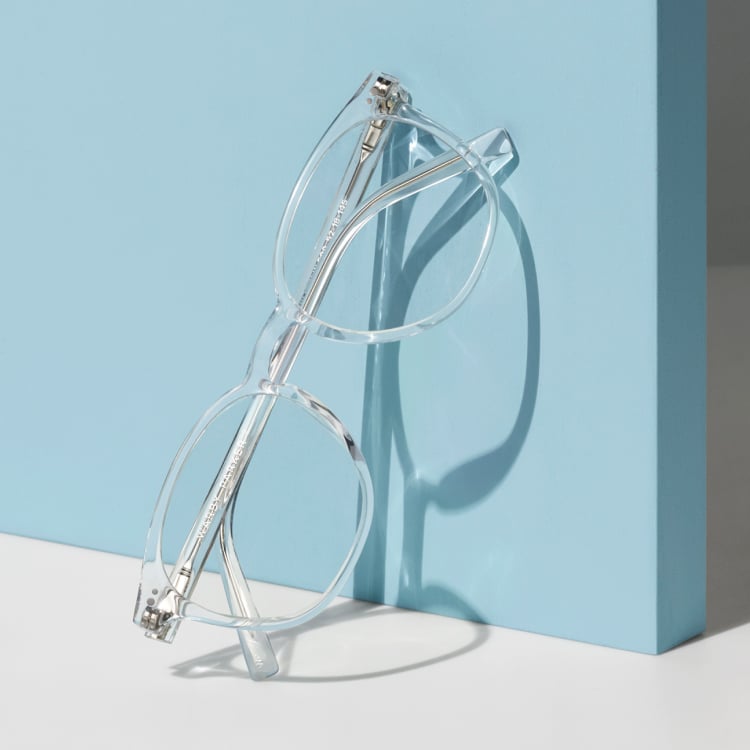 What Are Progressive Lenses, and Should You Be Wearing Them?

More in All About Eyewear